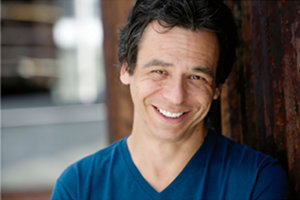 Mr. Frisch is an actor and producer based in Toronto and Ottawa. His production company, Same Day Theatre most recently produced Ethan Claymore, Yasmina Reza's Art and In the Next Room, or the vibrator play for which he won the ‘Outstanding Production Award' at the 2013 Prix Rideau Awards. Other career highlights include producing and appearing as Hanrahan in the Canadian premiere of Richard Dresser's play Below the Belt. Other roles have included Malvolio in Twelfth Night, Bottom in A Midsummer Night's Dream, Benedick in Much Ado About Nothing, the Narrator in Chaim Potok's The Chosen and Williamson in Glengarry Glen Ross.  One of Frisch's most memorable acting experiences still remains his 1987 collaboration with Nicholas Martin-Smith on Joe Orton's Loot.  Born in Toronto Mr. Frisch's career has taken him to Los Angeles, Chicago and Boston. He has worked in theater, film, television, and voice-over work as well.  Mr. Frisch teaches workshops for young actors. 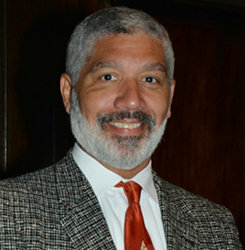 Mr. James was nominated for a 2012 ‘Lucille Lortel Award' for his performance in The Lady From Dubuque at The Signature Theater, a role he also appeared in, in London, Theatre Royal, Haymarket. He has also appeared in Stuff Happens (Public Theater, OBIE and Drama Desk Awards), On Golden Pond (Broadway), Much Ado About Nothing (Central Park), The Baron in Suzan-Lori Park's Venus, Horatio in Kevin Kline's Hamlet (NYSF), Claire in The Maids (OBIE Award), Oberon in Sir Peter Hall's production of A Midsummer Night's Dream and many more. He is a graduate and an associate of The Royal Academy of Dramatic Art, and teaches acting at Yale University's School of Drama. 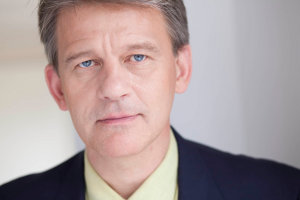 Mr. Virta has been a theatre professional for over 30 years with extensive acting, directing, and teaching credits. He is the recipient of the 2002 St. Clair Bayfield Award for the role of Benedick in Much Ado About Nothing at the Pearl Theatre. Mr. Virta has eleven Broadway credits including Enemy of the People, Arcadia, Man For All Seasons, and Democracy. His 19 Off-Broadway credits include Glimmer, Glimmer and Shine, Eyes for Consuela (both at MTC); Frank Langella's Cyrano (Roundabout); four years with The Pearl Theater Company. He was in the National Tours of M. BUTTERFLY; as well as with The Acting Company. Mr. Virta has appeared in over 40 leading and featured roles in regional companies including Romeo, MacBeth, Torvald, Orsino, Berowne, etc. Director-Rochester Youth Theater. He has 30 years experience teaching including multiple seasons with New York University-Tisch School of the Arts/Playwright's Horizon's Theatre School, The Pearl Theatre Company, The Roundabout Theatre Company, The Acting Company, Performing Arts Foundation (PAF) of Long Island. Residencies include High Schools in New York, New Jersey, Alaska, New Mexico, Missouri, Virginia, Wisconsin. Ray is currently on the faculty of the American Musical and Dramatic Academy (AMDA) and is a founding partner of BBA/Build A Better Actor.